Judges for the 2014 Gold Nugget Awards have named Consilium Design as an Award of Merit winner in its annual competition, which honors architectural design and planning excellence and draws entries from throughout the United States and internationally. Consilium Design earned its Merit honors for The Hillside Village at Sun Kingdom.

Chosen from the elite pool of Merit Award winners, Grand Award winners will be announced on June 26th, as a feature highlight of PCBC, the nation’s largest regional conference and trade show for the real estate development field.

The Hillside Village at Sun Kingdom, was inspired by our client’s commitment to create an “essence of lifestyle” built upon highest quality design that has become the finest residential neighborhood in China. We collaborated with Woodley Architects to create an environment reminiscent of a Tuscan hillside village.

Mr. Gao Xiao Dong, the developer eloquently shared that residents “have fallen in love with the community and villas will select the residents. The home will become a part of their life story.”

Now completed, we would like to share with you the final vision that became reality. We would like to thank all who made helped make it this special community.

Catch Up On The Latest 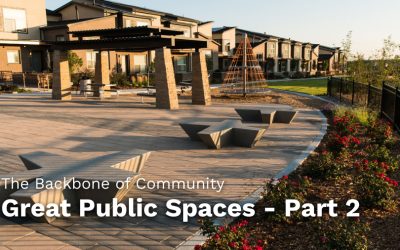 Public Spaces are where life happens. From playgrounds to musical performances and public demonstrations, they serve as the focal point that communities form, develop, and thrive around. As a continuation of our series on public spaces, here are two projects we have... 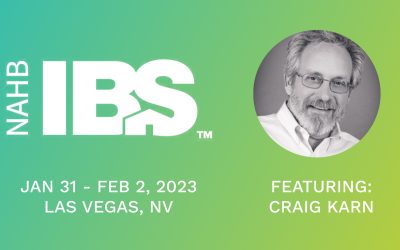 At This year's International Builder Show, be sure to mark your calendars so that you don't miss Consilium Design's innovative session on water management and sustainability, featuring Craig Karn and other leaders in the home building industry. Turning the Tide:... 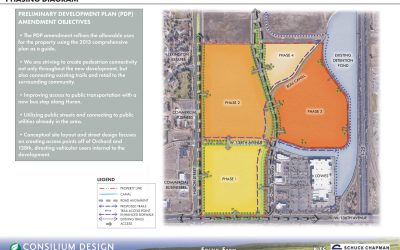 Congratulations to Shuck Chapman Companies for receiving unanimous approval of the master plan for Foster Farm on October 24 by the Westminster City Council. The Preliminary Development Plan for the 80-acre property abutting I 25 north of 136th Avenue includes a broad...

Richard Martin is a passionate designer and planner who sees the big picture by paying attention to the details. He has 10+ years of experience in all phases and sizes of high-end residential and commercial design/build projects. Add that to his 15 years of general construction industry background and you will find he has first-hand understanding of how to get things built. Richard’s collaborative mindset, computer knowledge, and artistic graphic skill, guide him in creating memorable spaces. His outdoorsman personality draws him to rivers, forests, mountains, and open roads for exploring, connecting, and recharging.

Julie Hendricksen is a Senior Landscape Architect and brings over 20 years of experience in residential, commercial and community master planning.

Julie is an excellent relationship builder both around the design table and in the field. Her background in construction administration brings a depth of knowledge not always available in designers. She is known for her assertive and intuitive management style that emphasizes accountability and community. Julie was one of the first landscape architects in Colorado to gain her Green Roof Professional certification and values her involvement with Green Roofs for Healthy Cities. She is involved in food equity and supporting pollinator habitat. An avid beekeeper, reader and hiker. She spends as much time as possible outdoors. 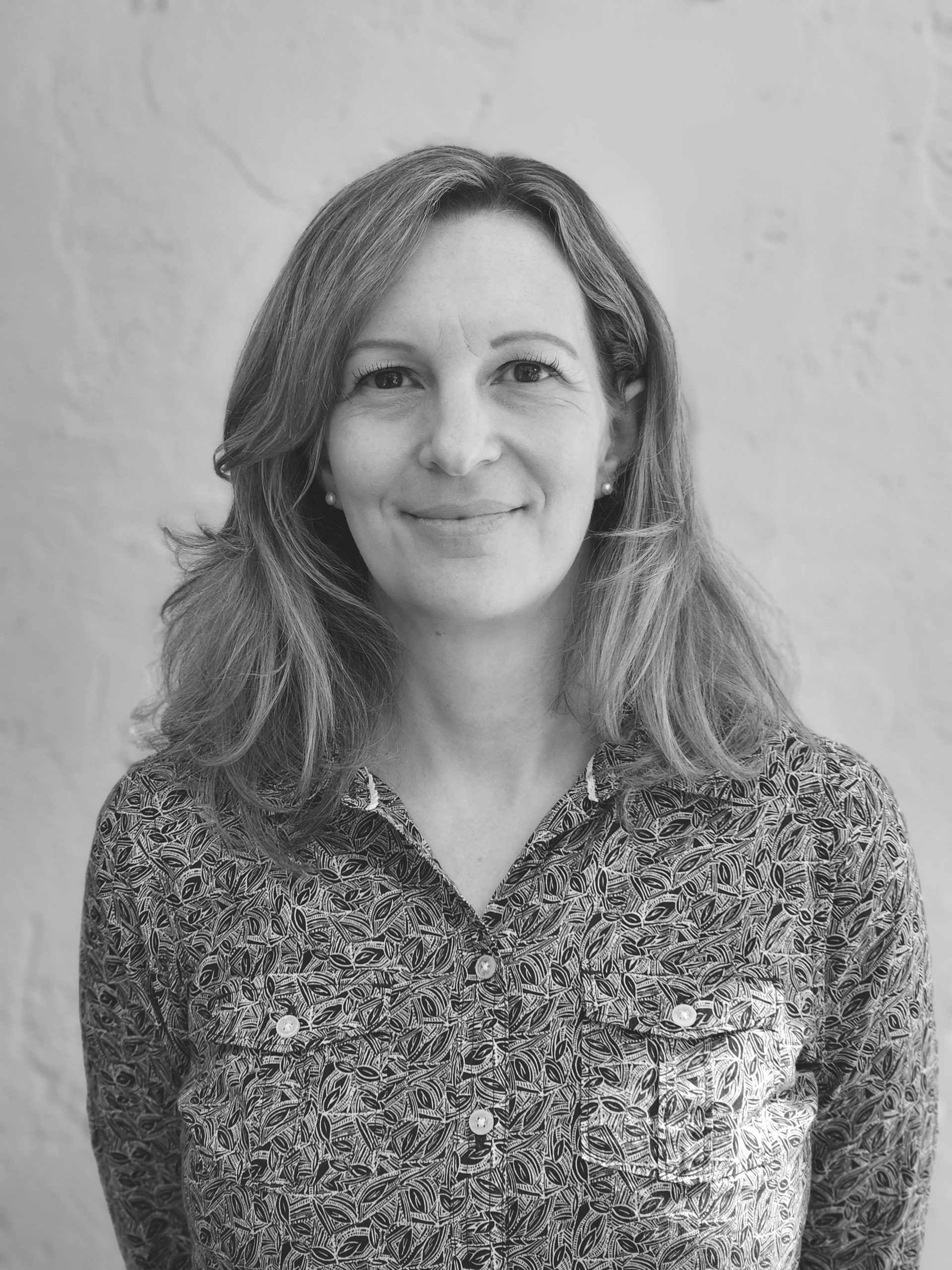 Shahla Bowen has ten years of landscape design experience including design build, high end residential and large-scale planning in multi-disciplinary firms. She is originally from the Pacific Northwest, and has worked in Washington, Oregon, Arizona and recently moved to Colorado in 2022. Shahla believes that designed spaces can be artistic, thoughtful, practical, and ecologically healthy for the environment, and strives to incorporate all those elements in her work. Her love for adventure, art and the outdoors drew her to Colorado and she is excited to call Denver her new home.

Hannah is a current student of architecture and learning firsthand the world of landscape architecture through the experienced staff of Consilium Design. In her downtime, she enjoys going for walks with her family, sitting around the fire pit, cooking, and embroidery. She is grateful to use her proficiency in AutoCAD to provide assistance to the team at Consilium design so they can continue to do great work. 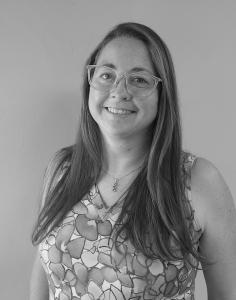 Jessica Johnston is a Landscape Designer with a five-year accredited Bachelor of Science degree of Landscape Architecture from Colorado State University.  Jessica has worked with multiple award-winning design firms and has gained vast experience in multimedia design and visualization for urban, commercial, hospitality, and residential design and planning. With a primary interest in urban development and planning, coupled with a philosophy focused on finding the balance between low maintenance sustainable designs and meaningful experiential spaces, her approach with every project is to satisfy the client by meeting the desired scope while remaining within budget. During Jessica’s free time you can find her exploring whether it be in her own stomping ground of Colorado or traveling the World. Her favorite things to do are fly fishing, hiking, skiing, golfing, backpacking, live music, parks, museums and hanging with her family.  If you would like to find out more about Jessica, you can find her profile on LinkedIn.

“My art is an attempt to reach beyond the surface appearance. I want to see growth in wood, time in stone, nature in a city, and I do not mean its parks but a deeper understanding that a city is nature too – the ground upon which it is built, the stone with which it is made.” ~ Andy Goldsworthy

“Study nature, love nature, stay close to nature. It will never fail you.” “I go to nature every day for inspiration in the day’s work.” ~ Frank Lloyd Wright.

Lead the following entitlement efforts as may be required as follows: 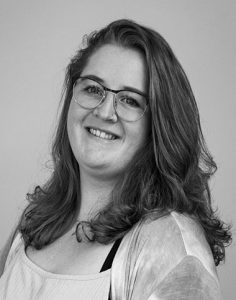 Emma Hand is an enthusiastic collaborator and designer with a passion for creating memorable spaces. Her interests lie in residential and mixed-use planning as she believes in bringing the natural landscape to your front door and supplying outdoor spaces as an everyday accessible use. Her skills expand across multiple platforms including AutoCAD, Sketchup, InDesign, Photoshop, and Lumion. She started work with Consilium Design as a recent graduate from Colorado State University in 2021 and has since then gained great new experiences in the field.

As she continues her work with the Consilium Design team, Emma looks forward to the future and bringing a new perspective to landscape design.

With over 40 years in land planning, urban design, and landscape architecture, Craig Karn, principal and founding partner of Consilium Design, is a nationally-renowned expert in community design and real estate development. Craig achieves success with a wide range of challenging projects through an emphasis on quality, sustainable design and an uncommon respect for the design process. He’s driven to bring great communities to life. Craig’s experience includes large-scale land development planning, golf communities, mixed-use master planned communities, and the design of a variety of neighborhoods and urban spaces. He is active in the master planning and design of communities across Colorado as well as throughout the United States and internationally.

Kristie uses her strong financial management & business skills to allow Craig and the Consilium Team to focus on design.

Barnabas is a second generation landscape architect and planner, with an approach that blends architecture, landscape architecture, ecology, art, and community planning skills. Because of his passion for the field, he intends to influence every project and client to design the best possible project while improving all the cultural and ecological systems involved. He looks at every project as an opportunity to treat people as change agents.

Barnabas has a diverse portfolio of projects from around the country and offers a very robust skill set, along with excellent artistic design abilities. He is a permaculture instructor, a regenerative practitioner, a rainwater harvesting expert, has taught at the ASU design school and presented to many diverse audiences including the National Greenbuild Conference. He founded Skywater, a rainwater harvesting company, 10 years ago to fill a local market niche and to promote the technology.

As a regional water management expert, Barnabas has been interviewed by the Wall Street Journal and has received numerous accolades, including a Sunset magazine award and been a featured designer in local, as well as national publications like Cowboys and Indians and Better Homes and Gardens magazines.

A graduate of Colorado State University, Dane J. Huffman has been with the Consilium Design team since 2005, and has gained a wide range of experience with his time here. With skills in Adobe Photoshop, Illustrator, InDesign, Sketch Up, Arch GIS, Flash, Auto CAD, Dane is able to assist in providing new alternatives in presenting, processing, and completing projects from start to finish. In addition to his knowledge with new technologies, Dane has strong hand graphics and a good eye for designing great spaces.

Kaitlyn is an ambitious landscape architect with a broad range of design acumen coming from recognized firms from the East Coast. Her experience spans from residential developments, hospitality projects, to urban planning. She has a strong passion for creating compelling work in every market sector believing that, within each project, there is a special opportunity to create compelling places that tell a story unique to each site. Her designs aim to utilize the qualities of the site, respond to the environment and address users’ needs in order to produce innovative and precisely detailed designs that create a unique sense of place and timeless moments.

Liam brings a great attitude, strong collaboration skills and creative design skills to the team. Expertise in AutoCAD, SketchUp, Photoshop and InDesign round out his influence.

Liam earned his degree in Landscape Architecture from West Virginia University and since graduation, he worked as an Account Manager for a residential design firm in the Washington DC area. Later he then worked for a multi-disciplinary land planning, engineering, and landscape architecture firm in the DC area as a Landscape Designer.